ANTHONY JOSHUA has revealed that Tyson Fury “randomly” phones him to tell the 2012 Olympic champ he is going to "knock him out".

The Brit, set for a rematch with Andy Ruiz Jr in December, admitted Fury has made several calls to him.

AJ told Behind the Gloves: “He’s an interesting character.

“That’s just me and Tyson, through and through the respect's there but we’re fighting men."

And Joshua, who suffered his first pro defeat against Ruiz this year, said he would love to fight Mancunian Fury one day.

"I used to play a bit of football in the local area but when it came to boxing, that’s where my heart is attached to, I love this sport and I’d love to fight him one day."

But the Watford fighter's patience has worn thin with Fury's accusations that he will quit if he loses the rematch to Ruiz.

The Mexican-American shocked the boxing world on June 1 at Madison Square Garden in New York City when he knocked out Joshua in the seventh round, picking up the Englishman's WBA, IBF, WBO and IBO heavyweight world titles.

The pair are set to go at it again on December 7 in Saudi Arabia and Fury recently said if the rematch goes the same way as the first fight, AJ should give up on his boxing career.

Fury told IFL TV: “If you can’t beat Andy Ruiz Jr, you can’t do anything to Tyson Fury or Deontay Wilder. Or any other decent heavyweight in the world.

“If he can’t beat Ruiz in the rematch he needs to retire - simple as, forget about it, give it up as a bad job.

“He’s done well out of it, he’s had a few quid, he’s won a world title before and everything else that goes with it so fair play to him."

But Joshua hit back, saying Fury does not have the right to say when he retires because he was not there at the beginning when he started in boxing.

Joshua told IFL TV: “Who is he to talk? Did he help me get into boxing to tell me when I should leave at? No one can tell me when to retire except for me. 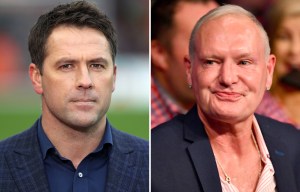 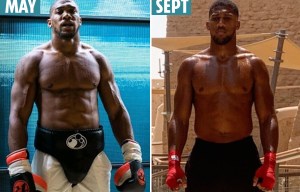 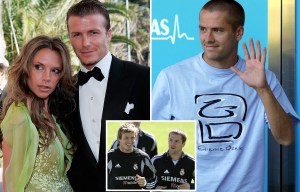 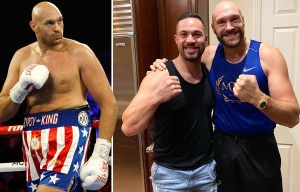 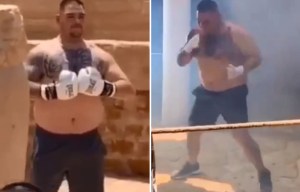 “That’s how I look it. Unless you were the one to take me into boxing like my old man was the one that took me down to the gym.

“And if he said, ‘son, I think you should retire,’ if no one’s helped me get into it no one should tell me when to get out of it."

Madness in Frankfurt: Eintracht 34 times hit the goal, but almost lost (saved 9 minutes before the whistle)
Real Madrid extended the contract with Casemiro until 2023 (Marca)
Teddy Sheringham: Pogba needs to leave for Manchester United to buy someone with the right mentality
In France, 400 fans came to watch illegal football. After the goal, they ran onto the field
Solskjaer on ighalo's loan: I Hope he can finish what he started, maybe by winning a trophy with Manchester United
Mueller on Alfonso Davis: The Munich runner constantly steals the ball from the opponent
Favre about 0:1 with Bayern: Borussia deserved a draw
Source https://www.thesun.co.uk/sport/boxing/9881875/joshua-fury-phones-knockout-you/

Denial of responsibility! The World News is an automatic aggregator of the all world's media. In each material the author and a hyperlink to the primary source are specified. All trademarks belong to their rightful owners, all materials to their authors. If you are the owner of the content and do not want us to publish your materials, please contact us by email [email protected]. The content will be deleted within 24 hours.

New Zealand sheltered its homeless during Covid-19 – but can it last?

Who is Dominic Cummings, and why has his lockdown car trip convulsed UK politics?

Body of little girl, 4, 'attacked by rats as she lay dead in cot for two days'

Your latest MOT options – and everything else you need to know

NRL restart can benefit Super League in more ways than one

2020 primary elections: Which states are still going ahead with votes next week

Brexit fury: How the EU erupted at Michel Barnier's capitulation on fishing rights

Dad left daughter, 4, dead in cot for two days as her body was attacked by rats

RHOC’s Kelly Dodd refuses to wear mask and claims ‘no one’ has died of coronavirus in O.C. despite 131 recorded deaths

Women doctors not able to fight coronavirus crisis due to lack of childcare, BMA warns

Everton news and transfers - Under and Kean swap deal

Biden calls Trump a 'fool' to mock others for wearing a mask: 'It's costing people's lives'

Love Island star Anna Vakili, 29, ‘pulls teen girl by hair as her sister kicks her in the face’ in shocking new video

Stay tuned with the latest news